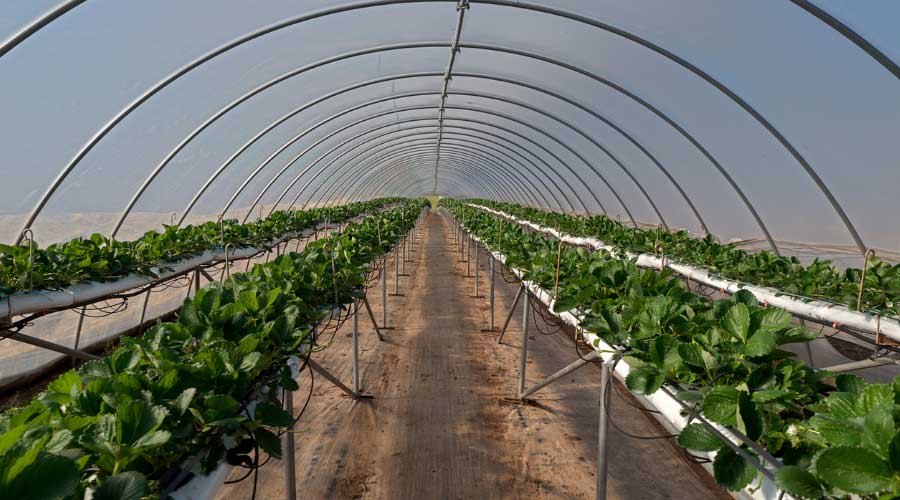 A polytunnel and a greenhouse are both covered growing spaces. They have some key differences. Polytunnels are cheaper and easier to build. Greenhouses tend to have poorer ventilation, but they can be built to a higher quality.

High tunnels are covered growing spaces that are used to extend the growing season in many climates. These structures are generally used for one month during the spring and fall and are removed just before winter sets in. However, more growers are using high tunnels to extend their growing season all year long. These structures are also important for ensuring a high yield and early harvest.

High tunnels are a great way to extend the growing season. By elevating the temperature of the growing space, plants grow faster and yield higher than they would in open fields. This means more income for the farmer. In addition, high tunnels protect crops from winter rains. They can also help shade crops, which will prevent them from drying out.

Polytunnels are cheaper to build than greenhouses, but they are less resistant to the elements. Unlike a greenhouse, polytunnels have only one layer of plastic covering. Although they have sturdy but not immovable anchors, and high ground posts, they don’t have much reinforcement, so they’ll only protect your plants in certain weather conditions.

Another advantage of polytunnels is their flexibility. Greenhouses are rigid structures and are not as flexible as polytunnels, which are easy to move and reposition. They also come in a range of sizes and shapes, which can be ideal for different types of plants.

Another major disadvantage of greenhouses is that they take longer to build and require a level site. Polytunnels, on the other hand, can be built on uneven ground. While greenhouses have glass panels that are made to last for decades, polytunnels’ covers need to be replaced occasionally. However, the cost of cover replacement is significantly less with polytunnels.

They are easier to build

A polytunnel is a greenhouse-like structure made of polythene material. It is also used for growing crops in winter. The insulated polythene helps plants grow even in extreme cold. The polythene is usually reinforced with nylon mesh, making it durable and resistant to harsh weather. Polytunnels with reinforced polythene are more expensive than polytunnels without this protection. Because of its insulated nature, a polytunnel will have a lower light transmission rate than a greenhouse.

When choosing between polytunnels and greenhouses, it is important to consider the space you have available. Greenhouses can be very expensive, so if you don’t want to spend a lot of money, a polytunnel is the most suitable option. In addition, they can be easily expanded and are cheaper than a greenhouse.

Polytunnels are easy to build and maintain. They can be used for a wide range of purposes, from growing fruits and vegetables to housing animals. Some even have a hangar for planes.

They are cheaper at the end of the season

A polytunnel can be placed inside a greenhouse or a garden bed. The most common use for a polytunnel is for growing seedlings. You may also place a seedling tray or a nursery table inside. These structures make the process of growing vegetables and herbs easier. The most common crops to be grown inside a polytunnel include cucumbers, spinach, and strawberries.

While greenhouses are more permanent and cheaper in the end, they also take more time to build. They’re also more expensive, and require more energy and money. Besides, a greenhouse is more productive, as the plants you grow in it will be more likely to sell. A greenhouse also gives you more control over planting times. You can plan when and how you plan to plant your plants, and sell them more consistently.