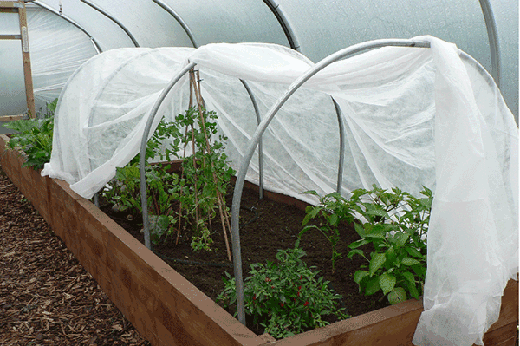 If you want to grow your crops year-round, you should consider investing in a polytunnel. These structures are a great way to extend your growing season and grow larger plants. They are easy to assemble, come with stainless steel hardware and are UV stable, so you don’t have to worry about the weather.

Cost of a polytunnel

A polytunnel has several advantages over a greenhouse. They are sturdy and resistant to weather, while also being a cheaper option. They also have a better insulation value and are easier to maintain. However, polytunnels do have their disadvantages. A polytunnel’s cover will have to be replaced every five years, and they’re also not suitable for rainwater collection systems.

Polytunnels are also useful for growing in winter. They can be insulated, which is a great benefit if you’re growing plants that need a long growing season. Usually, these structures are made from double layers of polythene reinforced with nylon mesh. They’re also better insulated and resistant to weather conditions. On the other hand, they’re more expensive than regular polytunnels, and they don’t let in as much light.

A polytunnel is cheaper to purchase and install than a greenhouse, and it’s possible to have it up in a day. However, the downside of polytunnels is that they’re not as good at retaining heat as a greenhouse does. This makes them more suitable for large-scale growing. Moreover, they don’t need to be level, and can be placed on a sloping site.

Polytunnels are available in different sizes, and their cost will depend on the materials used. A simple polytunnel can cost as little as $60, and a more expensive one can cost up to $1,000. If you don’t have the time to build a polytunnel, you can hire a professional to assemble it for you.

Polytunnels are the easiest to build, and they only require a few hours of work. You can purchase a kit with instructions that are easy to follow. Polytunnels are also easier to move around, which is a major benefit. One downside is condensation, which can be solved by a good anti-fog cover.

A polytunnel is also less expensive than a greenhouse. For example, a six-foot-by-16-foot polytunnel costs around $600, whereas a comparable greenhouse costs $2,200. A polytunnel is a great option for those with a smaller budget, and they can be set up in a single day.

Cost of a greenhouse

The cost of a polytunnel, or a greenhouse, will vary greatly depending on the size and type. A polytunnel is a climate-controlled structure that was first built in the 1940s after the development of polyethylene. It is used for both recreational and commercial purposes. It can be a standalone structure, or attached to a home with a load-bearing wall.

The price of a polytunnel can range from PS50 to PS1000. However, if you plan to use it for many years, you should invest more in it to ensure that it lasts. Large commercial polytunnels can range up to PS1,500 and are designed to accommodate a lot of space.

A polytunnel is an excellent option for growing plants in colder climates. However, the plastic covering will degrade over time, so you will need to replace it at some point. It can also be expensive to maintain compared to a greenhouse. In addition, a polytunnel is easier to move than a greenhouse.